How to Shoot a Double Exposure on Film

There is something so dreamy and tactile about a double exposure captured in camera!

Today, we're demystifying the process with film photographer Brian D. Smith, who captured Belle Lumière's Summer 2019 Emerging Film Photographer with this beautiful image below. Read on to learn how Brian created this showstopper: 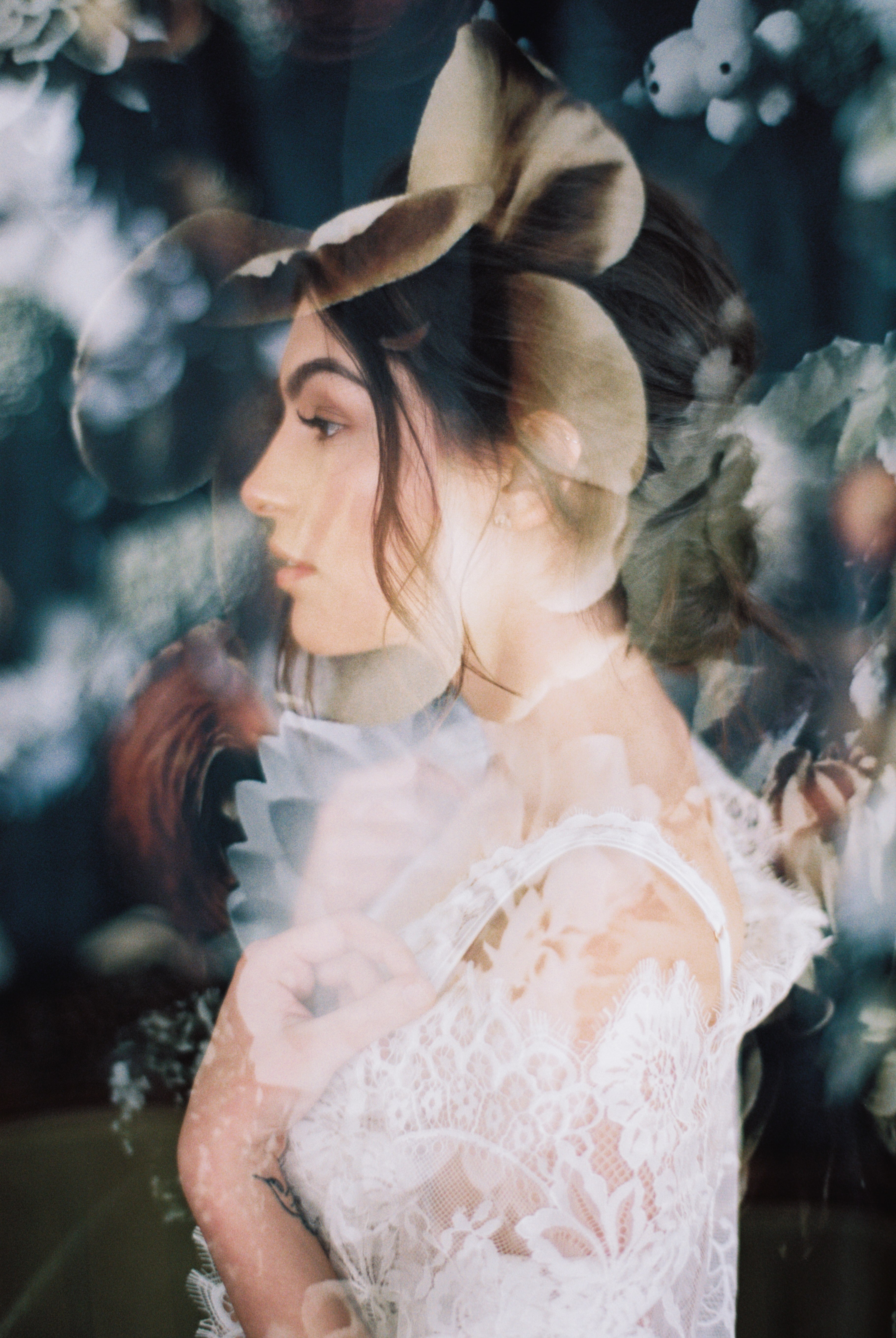 Be Mindful of Composition

"I always shoot the portrait first, mostly to help with framing. I usually take a Rule of Thirds approach, so I have a way to visualize the alignment between each frame and remember where the model is. Here, I aligned her eyes with the upper third of my focusing screen and captured the first image." 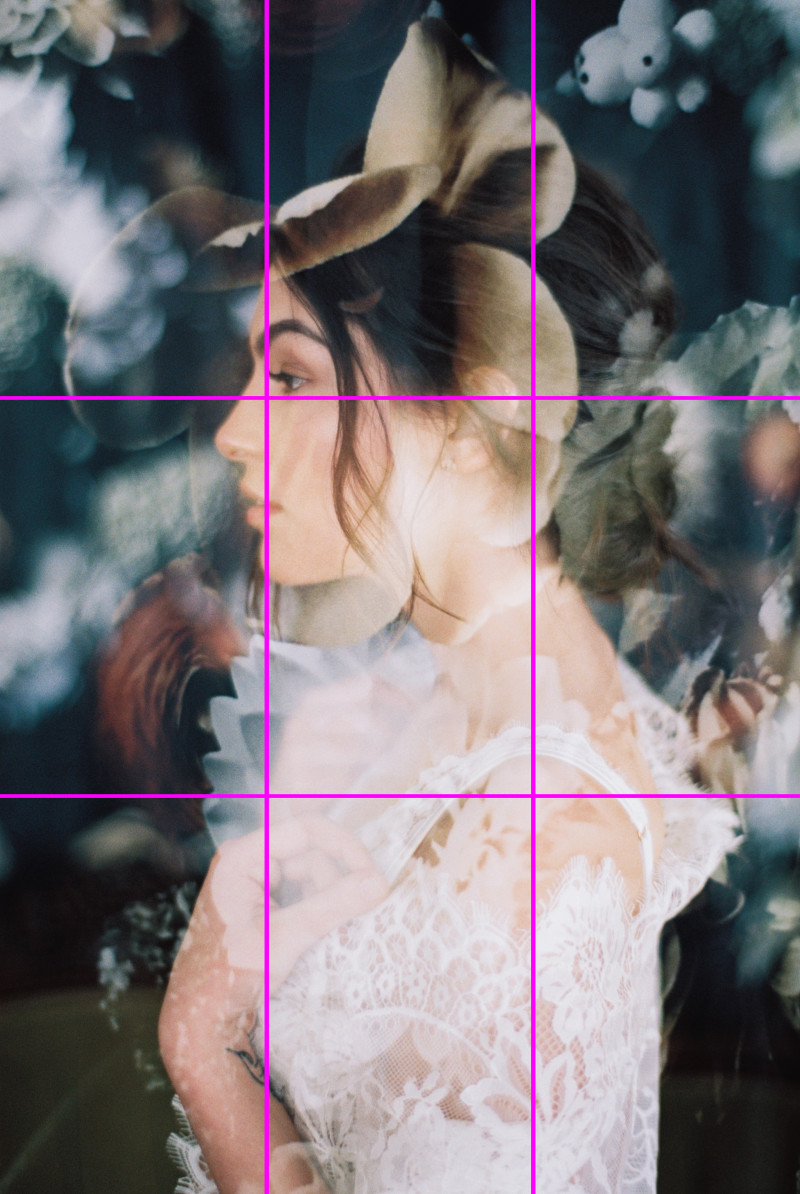 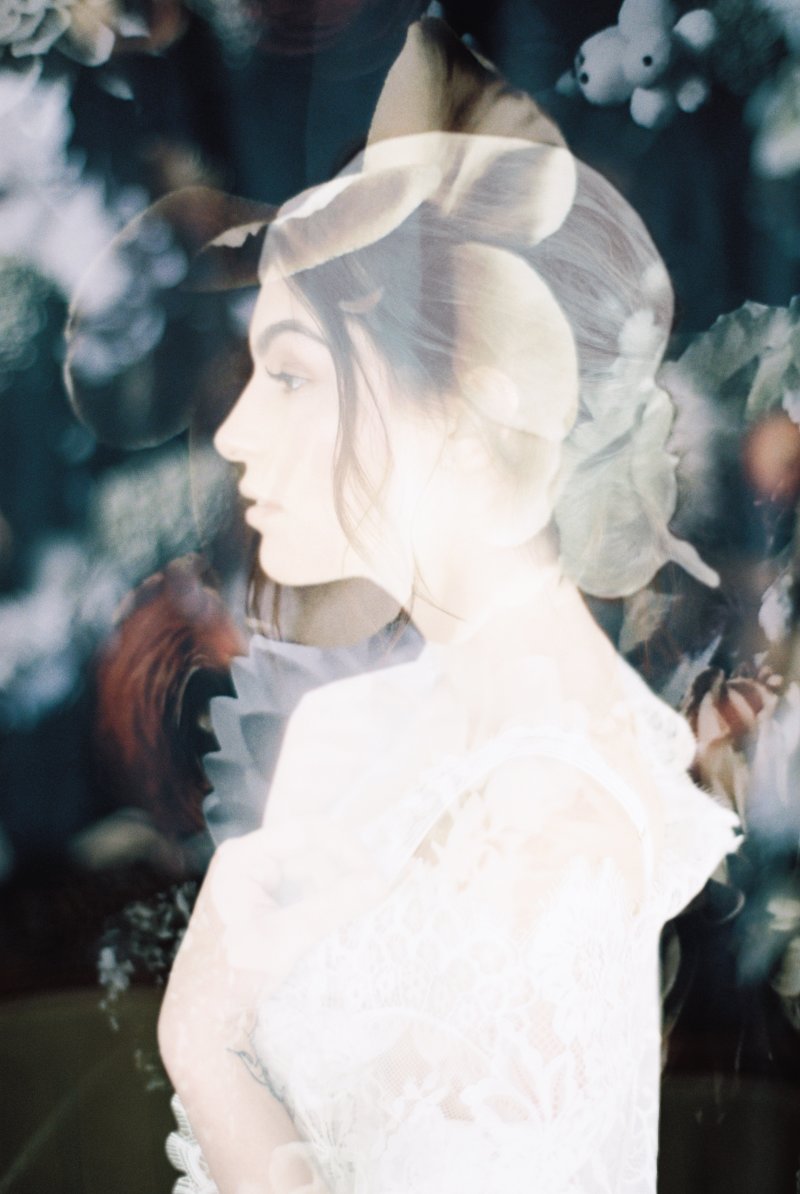 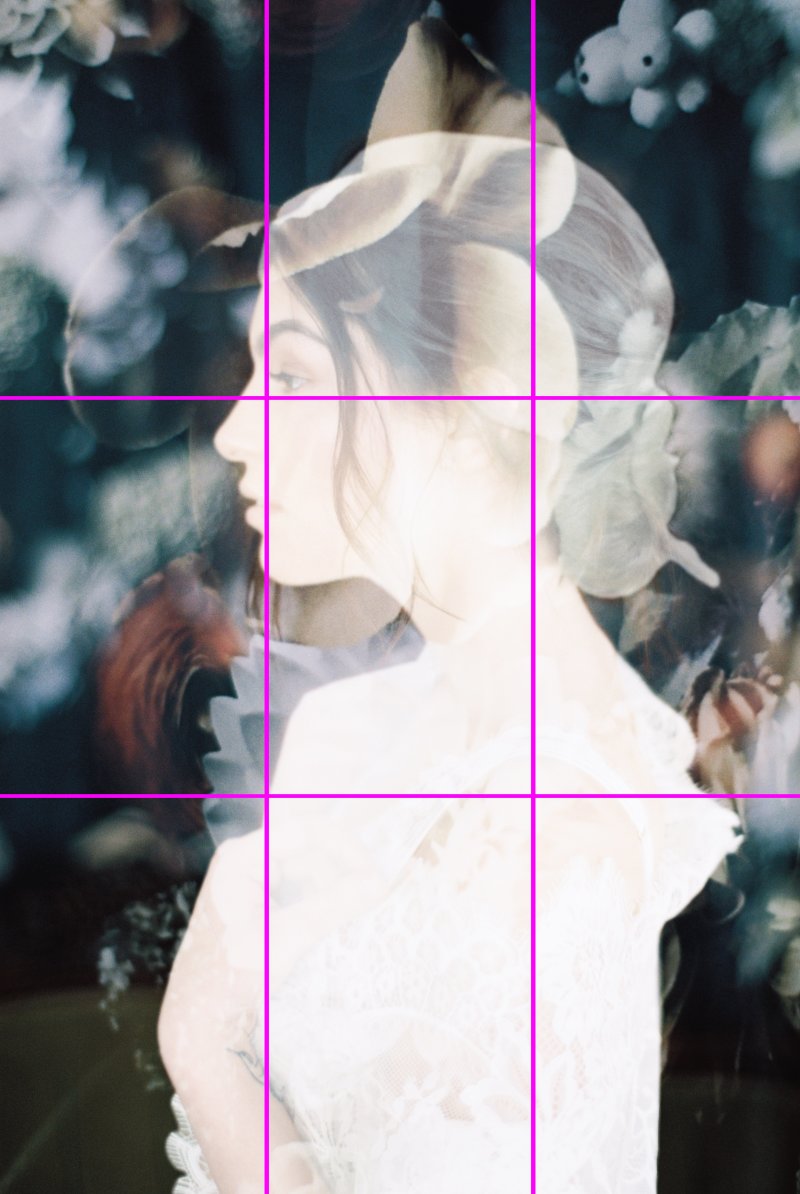 Underexpose Each Shot by -1 Stop

"I almost always rate my film at box speed, but when doing double exposures, I take two separate images rated -1 stop underexposed each. So, when shooting Kodak Portra160 like I did here, I rated each shot at 320 ISO."

"It is important to have a difference in exposure or contrast between the two images you’re overlaying, without having too extreme of a difference in texture, so the subject doesn't get completely lost.

"Here, I positioned the model in front of the backdrop, where there was about -1 stop less light hitting the backdrop. This, combined with her brighter, more reflective skin, created an even greater separation and ensured she wouldn't get lost in the resulting image.

Don't Advance Your Film Before Your Second Shot

You may need to consult your camera manual to figure out how to stay on the same frame and not advance your film. 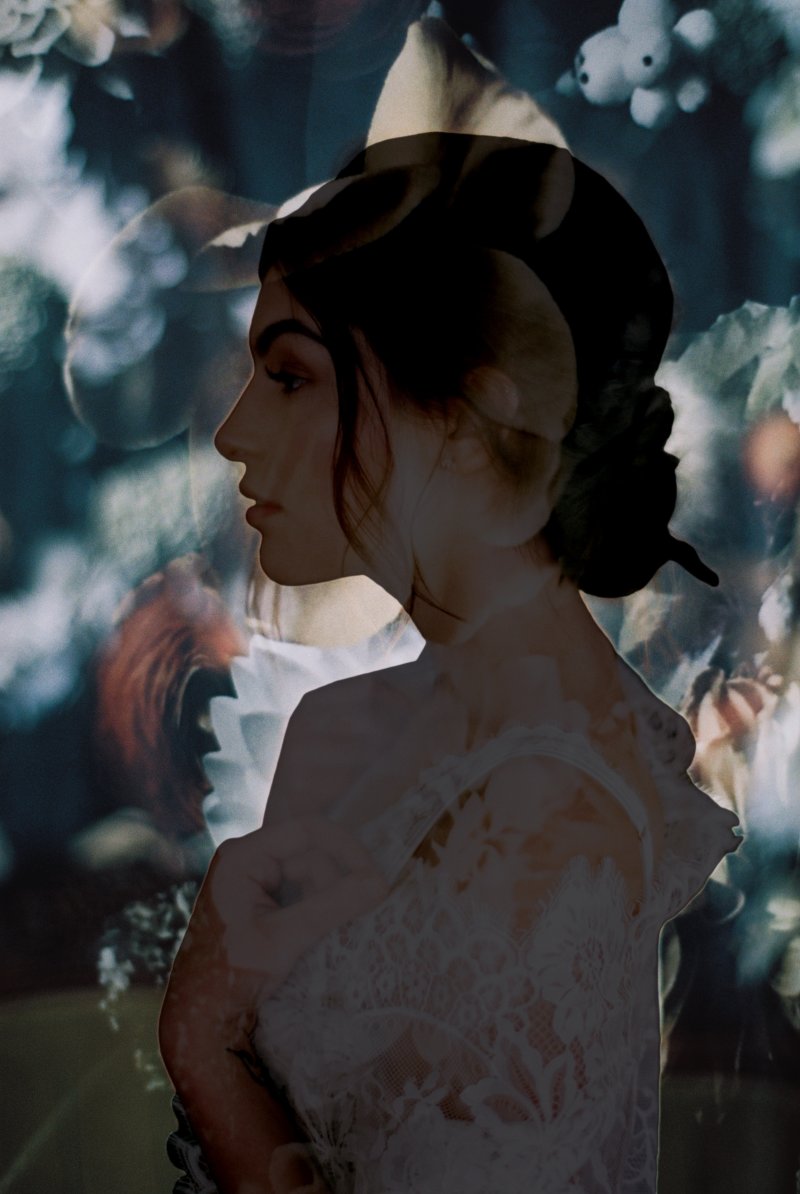 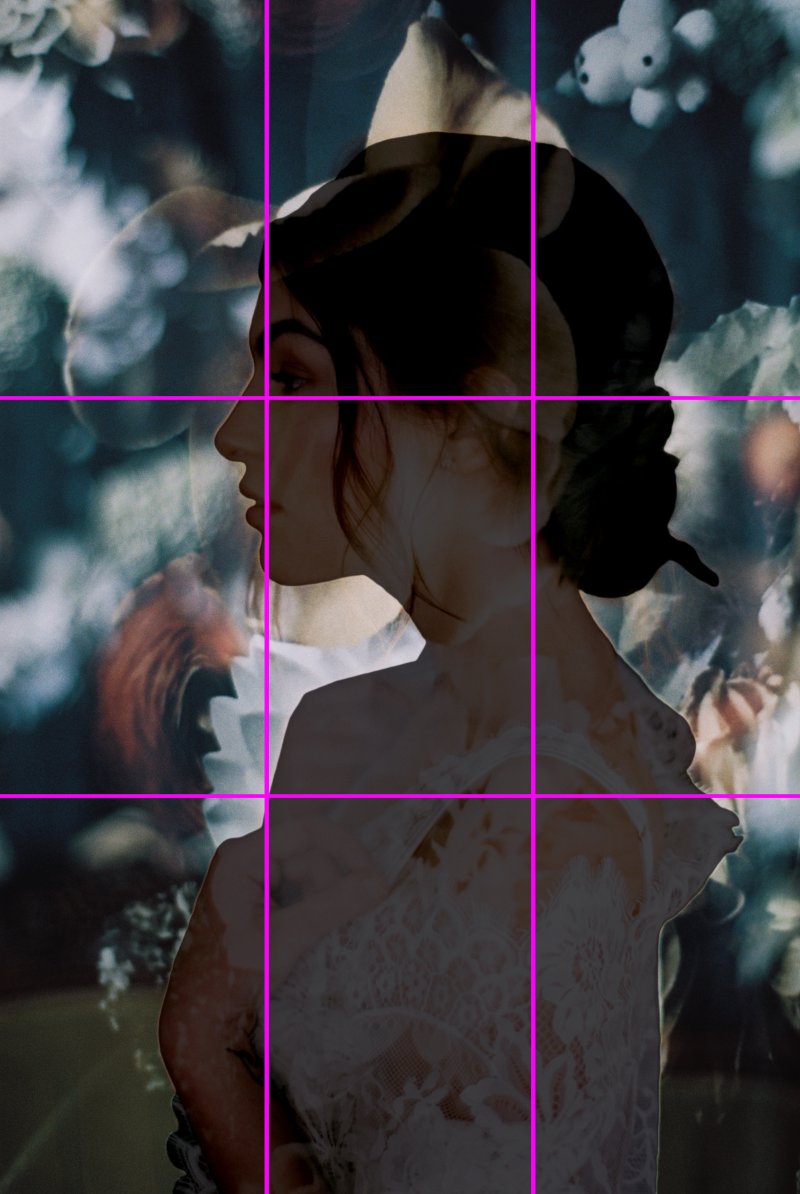 Find an Open Space for Your Second Shot

This helps preserve important details in your first frame!

"Without advancing my film, and keeping my exposure at -1 stop under, I exposed the second of just the floral backdrop.

"I looked for an area with lots of color that still had an empty, dark blue spot where the model’s face had been in my first frame. I did this to ensure I could still see her face clearly in the final image. I aligned the empty, dark blue spot of the backdrop with the same upper third I used to align the model’s eyes and captured the second image. Then, I advanced my film."

Why does this image work so well?

"By capturing the first exposure against the same backdrop I used for the second exposure [though at a much closer distance], I ensured there was beautiful, overlapping texture that wasn’t too busy and confusing to the eye. 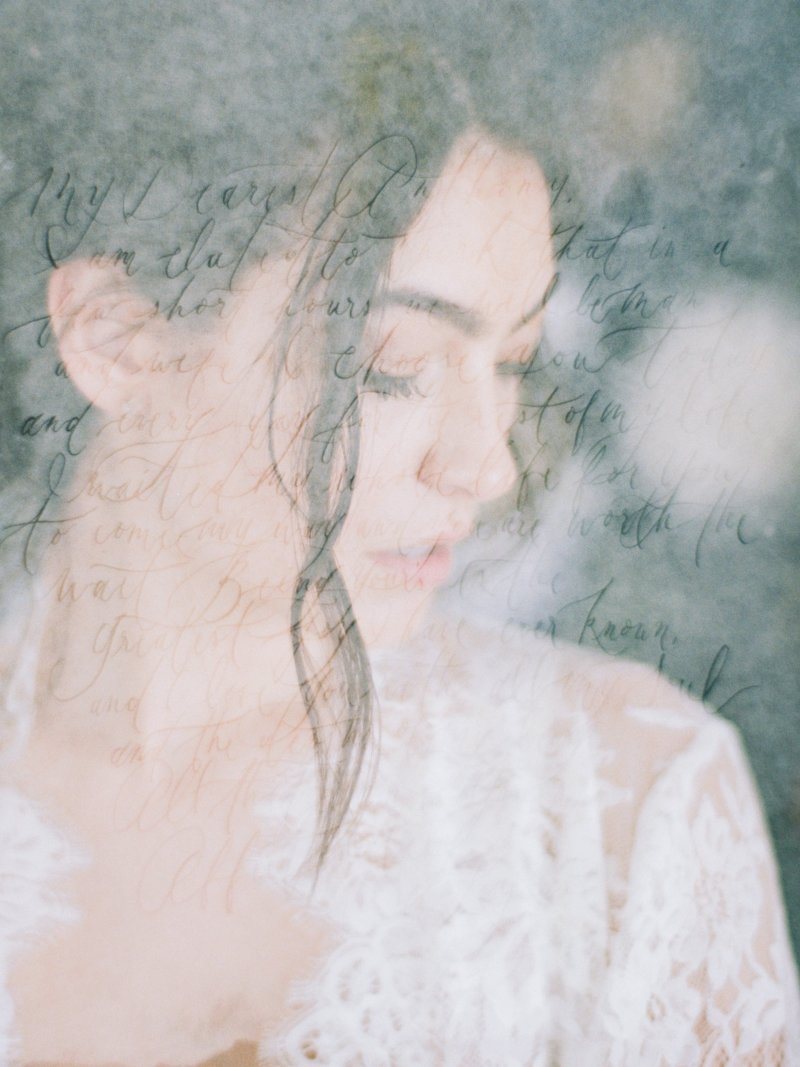 “This double exposure was photographed using the same process I described above, but this time on a Contax645. I still used Portra160 and still rated each image at 320 ISO (-1 stop underexposed).

"I took the portrait first in front of the same floral backdrop as above, but this time with a tighter crop on the face.

"After I snapped the portrait, I didn’t advance the film, and took the second exposure of the letter. Because the letter was an even and bright surface, I knew that it would create a matte effect over the entirety of the image, while the writing (the darker tones of the letter) would stand out against the midtones in the model's skin."